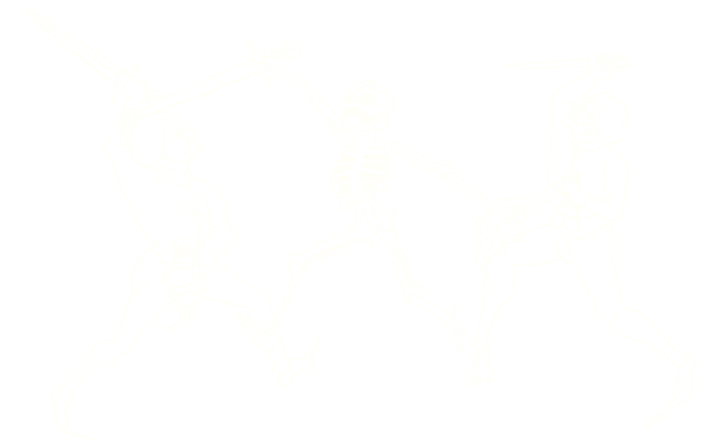 The Landsknecht was the archetypal mercenary of the late 15th and most of the 16th century, with their heyday being in the second quarter of the latter. They were pretty much the meanest&baddest soldiers around that time, with a heightened sense of fashion. Our goal is to create weapons a period Landsknecht would be proud to use, mostly on a budget that keeps it accessible to modern recruits.

Due to the continuous research we are doing, we sometimes stray from that time and location to better understand trends that led to the development of weapons we aim to recreate. We are progressing from simpler items towards the more complex ones. We started with making Messers in 2016 and it was our main focus in these past few years. We intend to cover most of the styles relevant to our interest, while we’re planning to expand our repertoire with Katzbalgers, Bidenhanders, various daggers and all kinds of awesome stabbiness in the foreseeable future.

We founded Landsknecht Emporium to this end in March of 2016 in the outskirts of rural Hungary, at the end of a dead-end dirt road in a house not unlike those of murderous hillbillies in the movies that we call home. 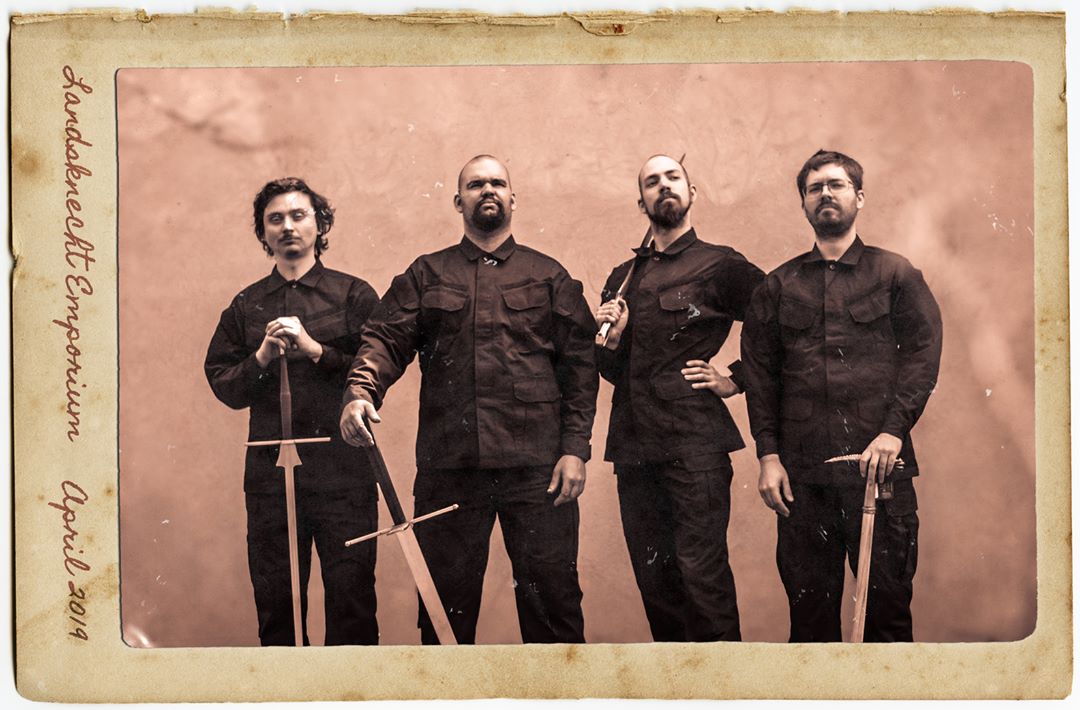 (on the photo, left to right: András, Ádám, Airton, János)

He started ruining bench grinders and various tools when he was about 11 years old while trying to make knives and daggers and armour and everything. He still ruins the occasional tool while grinding metric tons of steel into dust, but now he has about two decades of experience in not only that, but actual research and design as well. He has also started bashing sticks together with other kids at about the same age, and have been interested in HEMA since he was about 16. He didn’t get all that great in that but intends to change it someday. He also does living history when time allows, so – not much lately.

Meet our in-house artificer, Airton. As a kid he was always spellbound by tales of warriors and knights in shining armour, as well with the act of creation. Forcing the material into a new form and giving it a purpose. If we spice it up with an adequate fascination of the macabre, working with metal and the instruments of death and destruction is a pretty straightforward conclusion of his childhood. He partnered up with Ádám at the Autumn of 2015 that lead to the establishment of the Emporium. Ever since his main focus is the study of the period’s intricate design and the cracking of the long forgotten secrets of the trade.

All around shophand, dark (from all the dust) apprentice of the grinder gods and main logistics manager.

Our freshest conscript is an art-school dropout. On a brighter note, he quickly became the main scabbard & leatherwrap guy, and he’s learning the rest of the skills as well.

Our mascot. He's Holbein's dead dude, sometimes taking several shapes at the same time. He likes partying, dancing and fighting. The fact that he always wins at everything can be a bit frustrating, but he's a real cool guy.

We came a long way since we started. Processes improved, toolpark grew alongside with our numbers, individual skillsets skyrocketed, but the murderhouse stayed, and will stay for quite a while.